Poker Cheat Gets 3 Years in Prison! 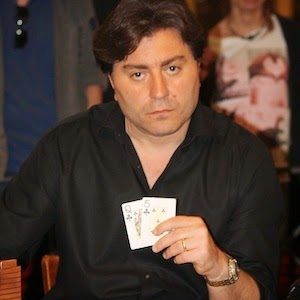 German player of Turkish origins Ali Tekintamgac has just been handed a three years and five months prison sentence after pleading guilty to being the mastermind behind a poker cheating ring. The Augsburg District Court in Germany made its decision based on allegations of repeated cheating by Tekintamgac at poker tournaments across the globe, as well as other live poker table.
Ali Tekintamgac first came under the poker community’s gaze in 2010, when he won the Spanish championship for $343,000). At the time Tekintamgac said he had only played in a handful of major live tournaments, but was now looking forward to showcasing his skills at the World Series of Poker Main Event.
Unfortunately those skills involved reading the signals sent to him by fake live bloggers at the events, who would then relay information to him on the other players’ hole cards.
However, Tekintamgac’s cheating ways eventually caught up with him at the €8,500 Partouche Poker Tour Cannes, where he made it all the way to the final table with a €1.3m ($1,823,430) top prize awaiting the ultimate winner. Tekintamgac even progressed to fourth in chips before video footage was produced showing his cheating, and leading to his being disqualified from the event.
Incredibly, while awaiting his court case, the Turkish/German poker cheat had the gall to use the free ticket he earned from his WPT Spanish Championship “victory” to enter the $25,000 buy-in WPT Championship. Not surprisingly, his being in the tournament caused an uproar amongst the other players, with Daniel Negreanu confronting Tekintamgac at one stage. Negreanu later tweeted:
“Ali Tekimtamgac who was caught cheating in Partouche is in #WPTChamp I called him out, and floor told ME I can’t do that! When will we learn.”
During his recent court trial, the Augsburg District Court learned Tekintamgac’s cheating ring included a large number of accomplices, including several casino employees. One of those cheats, known as “Andy”, fortunately provided enough information to avoid jail time and ensure Ali Tekintamgac received his just desserts.

Just another scheming poker cheat exposed. Will these tournament and online poker-cheat scams ever diminish? Absolutely not!
Posted by Richard at 12:19 PM