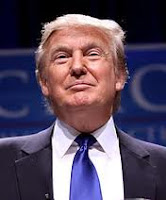 A Trump casino took back $280,000 that a player won at baccarat, and threatened to have him arrested, despite a police report that concluded he had not cheated, the man claims in court.
Kook Chee Hoe sued Trump Entertainment Resorts, Trump Taj Mahal Associates and Trump Taj Mahal Casino Resorts, in Atlantic County Court.
Hoe says he won $290,000 playing mini baccarat for two hours at the Trump casino in Atlantic City in December 2011.
He played a little more, lost $10,000, and left the casino with a $240,000 check and $40,000 in chips, according to the complaint.
With 75 regular tables and 14 tournament tables, the Trump Taj Mahal has one of the largest poker rooms in Atlantic City.
Hoe says that though the casino security team monitored his game at all times, the casino asked New Jersey State Police to investigate, claiming that he had been involved in some type of dealer cheating scam.
Hoe claims the police concluded there had been no criminal activity, and did not press charges against him or any dealer.
Nonetheless, Hoe claims, when he returned to the casino the next day, it threatened to arrest him and tried to make him return all his winnings.
"On Dec. 12, 2011, Mr. Hoe returned to the Taj with his chips to gamble," the complaint states. "He was approached by Ray Effinger, dual rate security shift manager, and escorted upstairs to a room to meet with Nick Ferraro, casino shift manager. Chung Lee, the Taj Asian marketing host, was present for translation if needed.
"At the meeting, Mr. Ferraro told Mr. Hoe he was in trouble.
"Mr. Ferraro also told Mr. Hoe that he had won based upon an improper shuffle and that Mr. Hoe knew of the improper shuffle. Mr. Hoe denied such knowledge.
"There is no evidence that supported any assertion of impropriety.
"The relevant gaming law permitted the Taj dealer to reshuffle each hand, a practice known as 'shuffling at will.'
"The Taj personnel failed to exercise their right to reshuffle despite hours of play, and permitted the entire shoe to be played out without any reshuffle.
"During the meeting, Mr. Ferraro pointed to a security officer who raised a jacket exposing handcuffs, indicating that Mr. Hoe would be locked up for his conduct by the police and go to jail if plaintiff did not return the ten thousand dollars ($10,000.00) of winnings he had gambled and lost.
"Mr. Ferraro also confiscated forty thousand dollars ($40,000.00) in chips Mr. Hoe had in his possession.
"Plaintiff was then escorted out of the casino and dropped off at a bus station."
Neither Effinger nor Ferraro are named as defendants.
Hoe claims the casino canceled the $240,000 check he had deposited in his account, which cost him a chargeback fee.
He seeks compensatory, punitive and treble damages for breach of contract, unfair business practices, fraud, false imprisonment, negligent and intentional infliction of emotional distress, conversion, and discrimination.
He is represented by Michael Mosca.
Posted by Richard at 2:47 PM Links to this post

Source: 3 News NZ
A dealer at SkyCity Hamilton casino has been sentenced to 18 months' home detention for cheating.
Bo Du, 33, who had worked at the casino for six years, was also ordered to pay reparation of $20,000 when she appeared in Hamilton District Court today.
She had earlier pleaded guilty to obtaining, with two casino patrons, $52,000 by deception and of accepting an illegal gratuity. Her two associates have been similarly charged and are being dealt with separately, the Department of Internal Affairs says.
The department was called in after the casino discovered irregularities around its rapid roulette table game. Gambling inspectors found that Du had illegally obtained $52,000 by manipulating the game. Du had also received a one-off payment of $15,000 from a SkyCity Hamilton patron, in breach of the Gambling Act.
"Du's sentence underlines the seriousness of the offending. Members of the public should be able to expect that all casino gambling is operated responsibly and with the highest integrity," Internal Affairs casino compliance manager Rob Abbott said in a statement.
"It is our job as the regulator to ensure that SkyCity has systems in place to detect and deal with any criminal behaviour on the part of their employees. In this case the casino's systems detected the offending and enabled us to bring this court action."
Du's conviction means she's banned from working in casinos again.
My take: Article doesn't say anything about how Du and her cohorts pulled off this scam. It had to be something good, or at least cool!

Posted by Richard at 2:23 PM Links to this post

Any Truth To Those Blackjack Lasers Supposedly Used To Scan Blackjack Shuffles?

I received this email from a seemingly knowledgeable person:

I was in the Casino Gaming business (Table Game) for 33 yrs and yes, an Asian group of cheaters perfected a 'laser', placed it in a cigarette pack, placed it on the BJ table, aimed it toward the Shuffle Master Shuffler and did create what is now known as "The Computer Cooler" thus allowing them to know the exact order of the 6 deck shoe that is about to be dealt to them.

If you don't believe me, contact Shuffle Master because I actually saw an article from Shuffle Master admitting that their shuffler had been compromised by this laser and they took the necessary steps to correct this flaw. I believe it happened around mid to late 90's.When the shufflers first came out, so that the players could see that the cards were actually being shuffled, they created a batch shuffler that had a 'smoked-glass-window' so that the players could see cards being shuffled. Because the glass was somewhat transparent, the laser beam could track the card order.

Do you know how they discovered the laser? The cheaters used their laser at a casino that still had some black and white cameras in use over their BJ games. Funny thing about a laser beam, color cameras can't see the beam but black and white cameras can. Surveillance noticed this red beam coming out of a player's cigarette pack aimed at the shuffling machine and discovered this cheating move by accident. Check it out and would love to hear back from you to see if you did find this to be true or if I am some nut job with a huge imagination. My mind doesn't work like it used to but I am 99.9% sure that what I just wrote is accurate. Please let me know.

My take: well, is this possible? Not only is it possible but I would not be surprised if it has already happened! Shuffle Master automatic card shufflers have already been compromised several times, both by crooked dealers and players from the outside, so a laser attack on the vaunted card-shuffling machines is by no means a stretch of the imagination.

Posted by Richard at 2:38 PM Links to this post