The barely post-virgin Pennsylvania casinos continue their fight against the waves of casino and poker cheats descending on their tables. Thus far I can't say who is winning the casino-cheating war, though the state's casinos are managing to bust some of the low-level blackjack cheats, most of whom are simple bet-cappers, adding onto their original bets when they have a hand standing a very strong chance of winning, such as a hard twenty against a 7 dealer up-card.

The latest cheat incidents happened at the Mohegan Sun at Pocono Downs casino near Wilkes-Barre, Pa. The two bet-cappers have been identified as Tjandra M. Wijono, 56, and Le Rain, 32, both of Scranton. Each was adding-on red $5 chips to their bets, not cheating the house out of any significant money. For their efforts they were both charged with fraud and cheating by deception.

My take: I am waiting to hear of the first real professional casino cheat (or cheats) to be caught in Pennsylvania. That may take awhile.
Posted by Richard at 6:09 AM 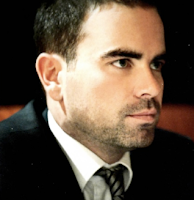 The cheat-stained online poker site uas called UltimateBet.com up until the giant poker scam surfaced and settled. Ever since it has been called simply UB or UB.com. In any case, here is UB COO Leggett's latest on the execution and settlement of the biggest online poker cheat scandal ever, stressing, of course, that the inside cheats are gone forever.

"Our PR team collected some lingering questions regarding the cheating incidents that occurred a few years ago and I am posting today to try and answer them. A lot of people asked questions that were similar and specifically asked if any individuals who were involved in the cheating still have any involvement with our business.

I wanted to start off by confirming that no individual who has been linked to any cheating works for Tokwiro or any of its subsidiaries. None of these individuals have an ownership stake in our company or any company that we have debt obligations with.

Both investigations identified different individuals as the main perpetrators of the cheating. The cheating on Ultimatebet is not linked to that which occurred on Absolutepoker. Tokwiro was audited by the Gaming Commission to ensure these individuals had no forward involvement in the business or beneficial ownership, not just in Tokwiro but also in the two companies Tokwiro has debt obligations with.

When I took the COO position with Tokwiro, the AbsolutePoker investigation had recently finished and the UltimateBet one was just around the corner. Amongst other things, the result of the AbsolutePoker investigation required Tokwiro to demonstrate to the Gaming Commission, and their auditors, that a list of certain individuals were no longer working for the business and that they had no ownership of any kind. The list of individuals included all names that were associated with the cheating in any way or form and also anyone who was identified as hindering the investigation.

The entire AbsolutePoker cheating incident and its aftermath was very offensive to anyone who is aware of it. However, it was my job to pick up the pieces and figure out how to move forward. Some of the questions I received accused me of lying about the investigation and trying to cover it up but I have never done anything of the sort. I openly admit that I have quoted from the investigative reports that were given to me, which included a full confession and demonstration of how the cheating was done. I was not directly involved in the investigation of the AbsolutePoker incident and it’s difficult for me to know or prove what exactly happened, but I thought it was important for us to answer questions at that time, ensuring that the refunds were completed correctly and reassuring the poker community that no offensive individuals had any involvement with our company moving forward.

After months of investigations by Gaming Associates and the Kahnawake Gaming Commission (KGC), the KGC named Russ Hamilton as the main perpetrator of the cheating. Some people have a hard time believing that Russ was the only person involved in the cheating. The truth is that all of the data facts pointed to him. The cheating was occurring from places where Russ lived and worked, the money was being moved through accounts he controlled himself or through people who reported directly to him or his close friends. The accounts and usernames were created/adjusted by people who worked directly for him, etc. It is definitely possible that Russ had other accomplices who might have helped him with the actual cheating but we have no physical evidence of it. We have continued to try to find the truth about who built the software and who else from Excapsa might have known about the cheating. We can make educated guesses but without testimony or physical evidence it is impossible for us to prove the involvement of others.

I also received several questions about Excapsa and the settlement that happened between them and Tokwiro. The Excapsa Group is the group of companies that operated UltimateBet prior to selling it to Tokwiro. The UltimateBet business and assets were transferred to Tokwiro through a company called “Blast Off”. It seems there is a lot of confusion about this but basically the Excapsa Group transferred all of the assets to Blast Off and then sold Blast Off to Tokwiro. Tokwiro is a Sole Proprietorship of Joseph Norton’s and he is the sole owner of both Tokwiro and Blast Off. When we issued a demand letter to the Excapsa Group relating to this fraud, we ended up negotiating a $15,000,000.00 USD settlement. At the time of the negotiation, we believed this number exceeded the amount of the money that was stolen from players. However, we then learned of more accounts that were involved in the cheating and the number increased significantly to almost $23million. Unfortunately, the complicated settlement (Excapsa is still currently in liquidation which made it very difficult to get approval for a settlement) was so far along and stopping this in its tracks to start all over again would have been too time consuming, so we made the decision to accept the $15million and take the rest on the chin in order to get players their money back in its entirety immediately. As a part of the settlement, Russ Hamilton’s shares had to be cancelled and he could no longer receive benefit from the business. Hamilton’s shares were held in Trusts and all of these shares were cancelled.

Nobody that worked for Tokwiro was involved in the cheating in any way; so nobody from within Tokwiro was fired. We were able to see Hamilton’s shares cancelled and we have also cut all ties from the old UltimateBet software and all relationships with the initial founders of UltimateBet were completely severed.

I hope this helps answer some of the outstanding questions that some people in the community wanted to hear us respond to."

My take: Well, it sounds as good as it reads. What does it mean? Probably that UB.com is now as safe as any other online poker room. What does that mean? I don't know...and I am not LOL!
Posted by Richard at 8:03 AM

The four Swedish state-run casinos in Stockholm, Gothenburg, Malmö and Sundsvall reported a total of 161 cases of suspected money-laundering in the first six months of 2010, new figures from the Gaming Board for Sweden show.

Casino Cosmopol in Malmö reported the highest incidence of suspected money-laundering, relative to visitor numbers, with 45 cases of money laundering during the first half of 2010, according to the figures compiled on request by the Siren news agency.

Casino Cosmopol Sundsvall had the lowest, with eight cases, and according to the casino chain's CEO, Per Jaldung, the difference is due to the make up of a casino's clientèle. "Sundsvall is typically a calmer casino where the middle age is also higher," he said.

Stockholm topped the statistics with 10 suspected cases of money laundering, followed by Gothenburg with 5. According to David Engstrand at the Gaming Board the figures have remained largely unchanged since 2009.
"There were 172 cases reported in the first six months of 2009, so they remain at a roughly consistent level," Engstrand told The Local.

Engstrand explained the figures cover the number of reports from Casino Cosmopol casinos to the Swedish Finance Police (FiPo) and it they who then decide whether to pursue the cases. The statistics also detail incidents of cheating and forgery, public order, and voluntary bans over the period.

While Stockholm and Gothenburg lead the statistics in all categories they are also the busiest casinos with an average of 33,600 and 27,500 guests per month respectively. Malmö averaged around 20,000, while Sundsvall welcomed around 15,000 per month.
Posted by Richard at 9:25 AM