What Do I Think of the Casino Scams on the UK BBC TV Show "The Real Hustle"?

To say it in a word: TERRIBLE! None of the three protagonists, Alexis Conran, Paul Wilson and Jessica-Jane Clement, have the slightest casino or poker cheat know-how regardless of what it says in their biographies. Their casino and poker scams, which can all be viewed on YouTube, are all elementary and at times are portrayed with inaccuracies. They have even gone as low as to portray card-counting on one of their episodes, as if we haven't already seen enough of this. Their casino and poker scams lack originality if nothing else.

It appears to me that the show's scams and hustles, are simply written up to suit the characters. However, I must say that some of their pickpocket and beating-restaurant-check scams are entertaining. A funny thing is that The Real Hustle's producers contacted me back in 2007 when they were filming segments of the casino stuff in Las Vegas. They assumed I would be glad to work with them and consult for free. When I told them my TV fee was a mere $1,000 per day, they balked. Then, since I was already in Vegas on another gig, unbeknownst to them, I offered to work for them for $500 a day. They never responded.

The Real Hustle TV Show is also CHEAP!
Posted by Richard at 9:11 AM

3-Card Monte Cheat Scams Up Across US

Collegiate spring-break seems to bring waves of 3-Card Monte cheat hustlers literally out of the ocean and onto the strands lining both the Atlantic and Pacific coasts. In Florida alone, there have been more than fifteen arrests of card cheats hustling vacationers with the scam during the past two weeks. The card scam is also on the rise in inner-city districts across the US, where it of course originated and is prevalent all year round. Police in Florida and California are especially angst over the 3-Card Monte scams because they are often gang related and lead to violence when victims realize they've been cheated or the gang hustlers fight over the profits.

For those of you not familiar with the scam, it's the one where a hustler spreads three cards usually over a box or collapsible table. Using either queens or aces, one is suited red while the other two are suited black. He shows you the cards face-up and then proceeds to turn them face-down and swivel them across the box or table, making it look easy to follow the red queen or ace. He always has confederates working with him who bet and manage to pick out the red card, winning their bets. But when you or another legitimate sucker makes bets (paid at even-money although no one ever wins), the red card manages to disappear.

Avoid this scam because the only thing you might get out of it is a bloody nose...or worse!
Posted by Richard at 9:52 AM

"Big Al" Grossman, who was among the missing last year when an alleged coconspirator went on trial for a craps cheating scam at Foxwoods Resort Casino, made his first appearance Tuesday in the New London courthouse where major crimes are tried.

Allen M. Grossman, 53, is accused of being part of a crew that colluded with casino employees to cheat at craps between November and December 2007. The ringleader of the crew, Richard S. Taylor, was convicted in May 2009 and is serving a 10-year prison sentence. A dozen casino employees were arrested and fired in the scheme.

During Taylor's trial, the state broadcast a casino surveillance video that prosecutors said showed a Foxwoods dealer paying Grossman for late or losing bets. The state police casino unit had obtained a warrant for Grossman's arrest, but Grossman had changed his address and could not be located.

Grosswman was arrested as a fugitive from justice in Nassau County, Long Island, on Jan. 22. He waived extradition to Connecticut. Members of the casino unit brought him back to the state on Feb. 18. He was initially arraigned in the lower level court and ordered held on a $200,000 bond. Judge Susan B. Handy kept the same bond when Grossman appeared before her Tuesday. She appointed attorney John M. Newson as a special public defender and continued the case to May 11.

Grossman, nicknamed "Big Al" by the dealers at Foxwoods, lives up to his moniker, standing 6 feet, 2 inches tall and weighing 300 pounds. He told state police after his arrest that he had been living in Brooklyn and serving as the manager of a local restaurant called "Mr. Biggs" at the time of his arrest. He is being held at the Corrigan-Radgowski Correctional Institution in Montville.

My Take: Well, Richard Taylor got 10 years in prison for masterminding this scam. I don't think Big Al will go away that long, but he's probably looking at a year or two behind bars. If he gets locked up in the same prison as Taylor, I have some advice for the rest of the inmates there: Don't get involved in a prison craps game with this pair!!!
Posted by Richard at 9:37 AM

Will There Ever Be a Film Based on My Book American Roulette?

This is the question I get asked several times each month. As I say to those e-mailers, unfortunately there are no current plans to make a film based on my book and life story. Naturally, this has been quite disappointing for me. I had always thought that my story was very interesting and especially entertaining, and--objectively--better than the story of the MIT blackjack team that was made into the movie "21." And given the huge financial success of that movie (even though I thought it was pretty bad), I figured for sure that Hollywood producers would be banging down my door to buy the film rights for American Roulette. But it hasn't happened.

Why? Honestly, I am perplexed and have no answers. Maybe, in Hollywood people's eyes, what makes the MIT story so attractive is that the people doing the card counting were college students, while the people doing the cheating in American Roulette were more like "Goodfellows" guys, who I'd think would be absolutely appealing to moviegoers. After all, the movie by that name was hugely succesful and popular.

Maybe one day it will happen. It took Frank W. Abagnale's memoir "Catch Me if You Can" more than twenty years to make it to the big screen as a Steven Spielberg movie starring Leonardo DiCaprio. So there is still hope for me and American Roulette as it's only been 6 and a half years since the book came out.

So, all you movie producers out there: the film rights to American Roulette are still available!
Posted by Richard at 10:09 AM 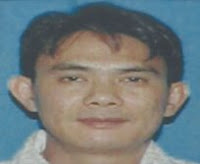 Actually Phuong Quoc Truong got off light if you ask me. If you compare his sentence to other notable convicted casino and poker cheats responsable for major cheating scams, you'll probably agree. Just take a look at Richard Taylor's case for corrupting dealers at only one casino, Foxwoods in Connecticut, to put down a $100,000 inside Craps scam. He got 10 years for his efforts. But Truong was the brains behind the world's most massive and encompassing casino scam, corrupting dozens of dealers in two countries, victimizing at least 30 casinos and taking down anywhere from $7 million to $20 million, depending on which account of it you read.

Truong will also serve three years of supervised release when he's out of jail, forfeit $2,791,146 in cash as well as homes, property, cars and jewelry, and will make restitution to various casinos in the amount of $5,753,416.

Thirty-seven defendants have pleaded guilty in this Tran Organziation case, which makes it the biggest casino conspiracy crime ever busted in the entire world. Most of the casinos targeted were in the Western United States, though some Canadian casinos were also victimized.

To read more about the Tran Organization's false shuffle scam, click here.
Posted by Richard at 9:52 AM