For those of you who want to be the best at professional blackjack card counting and don't have the time or resources to attend my training seminars, the next best thing is purchasing my Home-Training Blackjack Card Counting DVD. Not only will it teach you the best counting methods, it will also train you in the all important facets of card counting such as how to properly obtain chips, set up the casino, camouflage your play and, extremely important, how to cash out your chips without taking heat. Click here for details.
Posted by Richard at 9:13 AM

New Complaints About Poker Cheats In Spain And Portugal!

For those of you grinding out a living playing poker in Europe, beware of some poker cheat teams operating in both countries. I have received reports of collusion teams operating with the added skill of switching cards. I have also received complaints about how the poker rooms and tournaments are run, especially in Portugal.

Watch out there when playing in live games and you want to leave. Some casinos don't like it when you leave a shorthanded table--and they might make you leave your chips there until the game breaks up! And if that's not enough, they blind your stack down while you're absent. I find this hard to believe but have received more than a dozen e-mails about it.

In Spain they have similar rules, so you might run into the same problems. You're probably better of sticking to the poker games in the UK and France and points north!
Posted by Richard at 9:01 AM

Italy has now become the latest country to legalize online poker, despite the Italian government's concern about online poker cheating. The country had new laws go in effect and yesterday cash games began being played legally throughout the country.

The situation in Italy has been similar to the one in the United States. People were already playing poker online, only now, they will do so without having to worry about the government going after them.

In fact, now that online poker is being regulated in the country, residents can now take comfort in knowing that companies who enter the market must be licensed. That means the Italian government will ensure customer protection against cheating or not getting paid.

Already, two million Italians have been to an online poker site at least once, and that was before the new laws. Now that it has become legal, the popularity of online poker will only grow in the country.

On average, Italian card players spent $881 a year playing poker online. That figure is sure to skyrocket now that players no longer have to worry about negative government intervention.
Posted by Richard at 8:40 AM

I have posted my September casino and poker cheat scam of the month. This month the scam is chip counterfeiting in casinos, which happens quite often throughout the casino and poker world. To read it click here.
Posted by Richard at 8:38 AM

Roulette Tip Of The Day

Is it possible for casino IT gurus to change odds remotely from the back room to cheat unsuspecting players?

Is it possible that some geek in the bowels of a casino basement in Singapore can tinker with your payouts? Sure. With networked machines, satellite transmission and computer programming, absolutely anything is possible. But is it happening? Definitely not, and here's why.

Casinos reap their profits by paying winning slot machine players less than the true odds on their bets. Let me say that again: Every slot machine offered to the player is already mathematically fixed in the casino's favor. Because every coin inserted into their one-armed bandits is operating on this principle, why should they ever bother to fleece you further?

What's more, most casinos are publicly traded companies on the NYSE, and believe me, they are not in the least bit interested in exposing their gaming licenses to loss through any inkling of cheating. There is no more regulated business in America than gaming, with plenty of rules and regulations that would close a casino for defrauding, or appearing to defraud, the public.
Posted by Richard at 8:36 AM

Why Do Casinos Change Roulette Balls? Is It To Thwart Cheats? 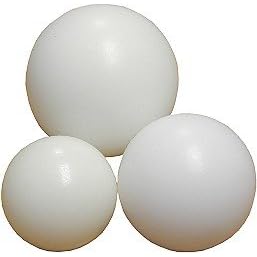 Ever wonder why casinos change roulette balls so often? Some even change balls after every spin! Is this practice because of cheating?

Actually it is...well, sort of. Most dealers are trained to either speed up or slow down both the wheel and ball delivery to avoid wheel clocking, the practice people (but not cheaters)use to pick up on defective wheels on which the ball lands on certain sections of numbers more than probability would dictate. These are called bias wheels. Some dealers switch balls that jump out of the inner cylinder after spinning, fearing that the ball itself is defective, but the reality is that they just flicked the ball too hard. Some pit bosses believe that a defective roulette ball increases the probability that a roulette biased-wheel team will have success clocking those biased wheels, but I do not believe that to be true, and moreover, what exactly is a defective roulette ball?

Most pit bosses know that no amount of ball changing on a random, non-biased wheel, has anything to do with the outcome of the next spin. Each spin is an independent event, and over the long run, you can plan on playing at 5.26% disadvantage.
Posted by Richard at 1:31 PM

In recent years, the discovery of multi-accounting - a practice that is strictly forbidden by PokerStars and Full Tilt Poker, as well as every other respectable poker site - has caused several scandals in the online poker industry, according to 4Flush.com.

According to that website, Full Tilt Poker has already handed down punishment to Brian for his iniquitous actions. Townsend has been suspended from Red Pro status at Full Tilt Poker for the next 6 months. PokerStars, usually at the forefront of anti-cheating, on the other hand, has yet to comment on the matter.

Multi- Accounting in online poker rooms has become one of the most popular ways of cheating in recent years. It involves a player registering multiple accounts, often assisted by friends, then he or she will play with all the accounts by him or herself. Multi-accounting can also be done through the use of more than one computer, allowing for the online poker player to have a number of accounts on a single site. This method is often used in order to have a substantial edge in multi-table tournaments.

Townsend, who is from Santa Barbara, California, is largely known for his success playing no limit hold 'em and pot-limit omaha at Full Tilt Poker under the name of 'sbrugby'. He began playing online poker at $0.50/$1.00 blinds but gradually moved up in stakes, eventually becoming a regular player in some of the highest stakes games online. Townsend appeared on season 3 of GSN's High Stakes Poker.

He is co-owner and lead instructor for Cardrunners.com, an online instructional website where he posts instructional videos and writes about his daily life and poker experiences in a blog.
Posted by Richard at 1:14 PM