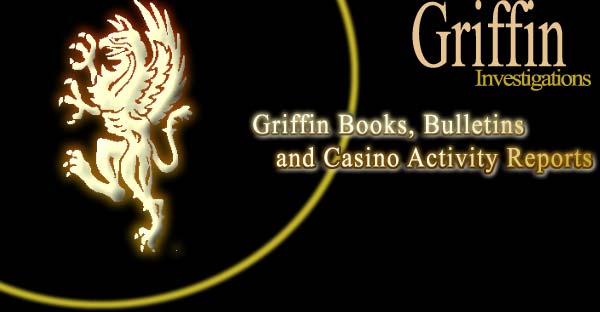 With MIT Blackjack Team's Jeffrey Ma getting all the publicity surrounding the card counting movie "21," many people are forgetting who the real best card counter in history was: James Grosjean. If you don't want to take that from me, just ask Beverly Griffin, the head of the notorious Griffin Investigations Agency, the organization that not only claims to have put an end to the MIT card counting team's Vegas and Atlantic City exploits but also chased me around Vegas for two decades. I can't say for sure what effect Griffin Investigations had on the eventual demise of the MIT Blackjack Team, but I can tell you they had absolutely none on me. Notorious Griffin Agent Andy Anderson will tell you how he personally chased me around Las Vegas for 20 years, never succeeding more than getting me interrogated in a casino back room.

But with James Grosjean, Griffin not only met their match but also their demise. After a series of incidents in the year 2000 that saw Grosjean detained by Caesars Palace and the Imperial Palace casinos for card counting, then arrested by agents from the Nevada Gaming Control Board Enforcement Division and sent to jail, Griffin had the bad sense to label Grosjean as a "cheater," and courts have ruled both in Las Vegas and Atlantic City that card counting is not cheating. What really ended up frying Griffin's ass was its decision to put Grosjean in its notorious "Griffin Book" or "Griffin Mug Book" and brandishing him as a known casino cheat.

Grosjean ended up filing suit against Griffin for defamation.

On September 13th, 2005, Griffin Investigations was forced to file for Chapter 11 bankruptcy due to legal costs and damages stemming from a successful defamation lawsuit against the company by Grosjean and Michael Russo, another card counter. Griffin Investigations had long worked for the casinos, compiling information on cheaters, card counters, and other "undesirable" casino patrons. In many cases, casinos would detain or ban customers based on the information provided by the firm. The lawsuit stated that Russo and Grosjean had both been improperly detained, labeled as cheaters, and arrested, all due to information provided by Griffin Investigations. In July of 2005, a jury in Clark County District Court issued a $45,659 judgment on behalf of the two gamblers. Russo was awarded $25,000 in damages and $15,000 in punitive damages, and Grosjean was awarded $25,000 in damages and $10,000 in punitive damages.

Among Casino card counters, cheats and crossroaders, James Grosjean is a true hero for having crumpled the much hated Griffin Investigations. Andy Anderson, the agent who was the face of Griffin during the 80s and 90s as well as my personal nemesis, now works as an independent casino consultant, and he has told me that his final dealings with Griffin Investigations left him with a bad taste in his mouth.
Posted by Richard at 6:08 AM