The Great Dostoyevsky Got Screwed Royally At The Princely Baden-Baden Casino!...And He Deserved It! 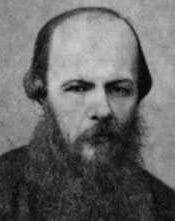 Dostoyevsky's card scam turns against himself!

The Baden-Baden casino in Germany is perhaps the most beautiful gambling palace in the entire world. When I was there with my pastposting team in 1994, I was so awed by the place that I couldn’t bring myself to do a move on its tables. The casino was more than just a casino; it was an art museum. Inside, below lustrous chandeliers hanging from towering ceilings were separate regal gaming rooms whose walls were lined with works of art by the masters. One of these rooms was reserved for a high-stakes poker game attended by European nobility from all over the continent.
The Baden-Baden poker game basked in the glory of its heyday in the 1870s when the famed Russian writer Dostoyevsky whiled away more time in the casino’s crowded roulette room than he did penning manuscripts. When his numbers went cold, Dostoyevsky was known to stroll up to the poker game and take a seat.
The casino supplied majestic European-style playing cards that were produced by a printer who was actually a descendant of Gutenberg and whose printing shop was located just five miles by carriage from the regal casino.
Well, as the story goes, one of the princes playing in this game was a degenerate gambler who lost so much money that he endangered both his castle and his princess. He was running up astonishing debts to the rest of the nobility in the game, which threatened to create a big enough scandal to aggravate even King Ludwig, who was already considered apathetically insane by most Bavarians. The prince didn’t know what to do, but one night while alone in his castle (his princess, furious with him for his gambling losses, had run off with a caretaker) he had a brainstorm.
One brisk, sunny fall afternoon, after another losing session at the poker game, the prince instructed his carriage chauffeur to take him to see the printer. After formalities were exchanged, he advised the printer that he had written a special poem of apology for the princess and wanted the printer to reproduce it with his most elegant calligraphy. But it was all a load of crap. What the prince wanted was a tour of the printer’s facilities, which he got from a very obliging printer who knew he would charge the prince a pretty shilling or two for his work.
Later that night, the prince drove his own carriage to the print shop, sneaked inside it and secretly altered the engraving plates the printer used to produce the playing cards for the Baden-Baden casino. The plan was that the printer would unknowingly supply Baden-Baden with marked cards.
At the time, cards were not nearly as mass produced as they are today, so the prince would have to wait a few weeks before the marked decks hit the poker table. He resisted all temptation and managed to stay away from the casino until he knew the marked cards were in play. In the interim he even had the good fortune to win back the princess, who found out that the caretaker had been two-timing her.
Naturally the prince went on a fabulous winning streak at the Baden-Baden high-stakes poker table. He busted out a collection of counts, viceroys, dukes, earls and even the great Dostoyevsky. In fact, he put such a hurt on Dostoyevsky that the famed Russian writer was forced to go home to Russia and write The Gambler, for which he received enough money to return to Baden-Baden and seek his revenge against the prince.
When Dostoyevsky returned to the casino, the marked cards were still in play. It didn’t take long for the prince to send him packing again. After writing yet another book to finance still another gambling binge, Dostoyevsky returned to the poker table yet again. This time after losing, the great Russian writer jumped up and accused the prince of cheating. When the prince, filled with indignation, demanded of Dostoyevsky to produce evidence backing up his accusation, the writer laid the printer’s business card on the table.
Stunned, the prince asked, “How did you know?”
Dostoyevsky replied, “I did the same thing but the idiot sent my cards to the wrong casino.”
Posted by Richard at 3:19 PM