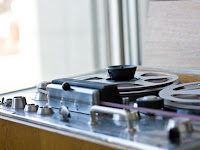 An audio tape secretly recorded by disgraced UltimateBet cheater Russ Hamilton was released on Friday by Hamilton’s former computer expert, exposing the roles played by Hamilton, Greg Pierson and others in the insider cheating at the site, which was at one time the third-largest US-facing online poker room.

“Hamilton, Pierson and the attorneys also discussed ways to not issue refunds to some of the players, if reasons could be found to not pay them.”

The long-term cheating at UltimateBet, which was done through special software that allowed Hamilton and others to view the hole cards of opponents at the UB tables, occurred from 2003-07. Hamilton was later named by the Kahnawake Gaming Commission as the sole perpetrator of the cheating, for which UltimateBet later refunded more than $20 million to cheated players.

The release of a three-hour recording, secretly made in 2008 by Hamilton himself, features an extended conversation between Hamilton, UB founder and current iovation CEO Greg Pierson, and two UltimateBet attorneys, Daniel Friedberg and Sanford “Sandy” Millar. The men discuss both the specifics of the cheating and proposed ways for covering it up, refunding some affected players, and otherwise minimizing the impact of the cheating. Hamilton, Pierson and the attorneys also discussed ways to not issue refunds to some of the players, if reasons could be found to not pay them.

The recording’s apparent genesis, from the early 2008 timespan when the scope and nature of the cheating became apparent to independent investigators and players, reflects the realization by UB execs that simply ignoring complaints about the cheating was no longer an option.

“Among those specifically mentioned on the tape as being cheated, whether by name or by their UB screen names, were Prahlad “Mahatma” Friedman, Mike Matusow, Mike “trambopoline” Fosco and Robert Williamson III.”

In addition to Hamilton admitting responsibility for the majority of the cheating, the tape also confirms a handful of players previously reported to be among the victims of the long-term theft, which occurred largely at UB’s high-stakes cash-game tables. Among those specifically mentioned on the tape as being cheated, whether by name or by their UB screen names, were Prahlad “Mahatma” Friedman, Mike Matusow, Mike “trambopoline” Fosco and Robert Williamson III.

At one point, Hamilton admitted even paying taxes on money that he stole from other players and later withdrew from the site.

The recording was released as part of a large data dump by Travis Makar, who for years worked for Hamilton as his personal computer expert. Much of the other data published by Makar has previously been released,including screen grabs of account information for various UB insiders and a collection of photos showing some of the cheating accounts used by Hamilton and a computer rig assembled by Makar to allow Hamilton to evade UltimateBet’s and iovation’s own fraud-prevention software.

Makar, in a private e-mail to this reporter, cited the reemergence of iovation in connection with Nevada’s new online-poker industry as one of his motivations for the latest data release. Iovation has contracted, through CAMS/Verifi, to provide player-identification services to Ultimate Poker. Ultimate Poker (unrelated to UltimateBet), is the online site launched by Fertitta Interactive last week, the first fully legal, Nevada-based online poker site.

My take: Russ Hamilton, the accused mastermind of this humongus online poker cheat scam, releasing a self-incriminating audio tape??? I don't get it. What did he, make some kind of deal or something to avoid any possible future prosecutions? I highly doubt his being prosecuted was possible anyway. If anyone can enlighten me on this, please do!
Posted by Richard at 7:56 AM

Are Ohio Casinos Overreacting a bit to Casino Cheating?

Read this, and you be the judge:

Source:  cardplayer.com
Five people who have been accused of cheating at the new casino in Cincinnati, Ohio could face up to two years in prison, according to startling reporting from the Associated Press.
In a move to further condemn alleged casino cheats, the AP stated that “state officials say cheaters not only steal from the house, but also Ohio’s counties, cities and schools because the state collects 33 percent in gross revenue taxes from the casinos.” You got that? Ohio thinks you are screwing over kids by breaking the rules at blackjack.
The cheating apparently was such a mammoth crime in Ohio that a news conference was held to go over the case. A prosecutor used the forum to called the defendants “idiotic.”
Ohio’s four new casinos — in addition to a property in Cincinnati there are also carpet joints in Toldeo, Cleveland and Columbus — were designed to help the state’s economy — i.e. make it a better place to live — but the Buckeye State thinks boosting its prison population also makes it a more welcoming place. Ohio is also home to the horrors for-profit cages
According to the AP, prosecutors allege that the individuals either added or removed chips from their bets after the outcome of the game was apparent. Clearly wrong, but worthy of such a reaction? The AP story was picked up by news outlets around the nation.
While two years and a $5,000 fine are the maximum penalties, probation is also possible.
My take: "screwing over kids by cheating at casino blackjack??? Give me a break!!
Posted by Richard at 1:46 PM