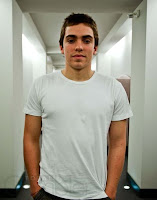 Online poker has suffered another blow to its reputation after 18 year-old Portuguese poker pro José “Girah” Macedo admitted organising an online poker swindle which netted him $30,000.

Apparently, the ‘sting’ involved some of his online high stakes friends/the marks being duped into playing against a so-called ‘fish’ chosen by Macedo in a series of online heads-up cash games.

However, the fish, whose screen name was “sauron1989″ was in fact José “Girah” Macedo himself, who then proceeded to take his buddies from a private strategy group for around $30.000.

In order for the scam to work, José “Girah” Macedo abused his trusted position as part of the heads-up strategy discussion group on Skype to obtain information on his opponent’s hole cards in real time, under the pretence of railing the study group and offering advise later.

Suspecting foul play “jajay1963″ then contacted the Skype discussion group creator “TooCuriousso1″ and before long the pair also noticed that “sauron1989″ and Macedo would always log on and out of Skype at the same times.

Along with other circumstantial evidence, they then took their findings to the 2+2 forum prompting a quick admission of guilt from José “Girah” Macedo, who offered to pay back those he cheated in full plus compensation. His post read:

“A while ago, I did something stupid. A friend of mine, whom I introduced to poker, made a suggestion to me which was, I’m not going to sugar coat it, cheating. I had introduced this friend to poker, and he was losing money — badly. He asked to play some of my poker friends and said ‘why don’t you sweat them and we’ll see their hands.’ I don’t know why I agreed. I don’t know why I did it. I guess it was a mixture of guilt and stupidity and feeling shitty for getting him involved in something which seemed to be bad for him.”

Macedo then went on to say: “I’m holding my hands up and taking whatever consequences come. I realise the severity of this, but I also realise that I have to take responsibility for my actions and so I’m paying back everyone involved and in addition paying them compensation of $30,000. I’ve also told my sponsor etc and whatever happens there I will take the consequences too. They have been really amazing to me and I’ve enjoyed every minute of working with them. Representing Lock and being part of their amazing team, witnessing the incredible growth, was a pleasure and an honor.”

José “Girah” Macedo has since been dropped from Team LockPRO, as well as losing his position as an instructor at Team PokerStrategy.

My take: Hooray! We finally got a big-time online poker cheat from Portugal...Surprised?...I'm not...in the least.
Posted by Richard at 1:23 PM

Wow! This is the first case of a crooked surveillance officer ripping of his casino for some serious money! But that it happened in a Singapore casino, where casino cheating is rampant, is not at all surprising.

A former video surveillance officer with the Marina Bay Sands was charged on Aug 24 with cheating its casino of nearly $150,000 between July 16 and Aug 14, 2011.

Court documents state that on 33 occasions, Ho Boon Keat, 28, allegedly allowed accomplices to be paid winnings by deceiving the pit managers that their bets were valid.

The offences are said to have been committed on the Sic Bo tables of the casino. The game involves the spinning of three dice and there could be payment of up to 180 times of the bet if all three of a specific number appear.

It is believed that Ho's four accomplices would use sleight of hand to place late bets, known in the casino industry as past posting. If the pit manager suspected that the bet was placed after the results were known and calls up the video surveillance officer to check, it is believed Ho would give the all clear and the bet will be honoured. Two of the accomplices - Benson Ho, 24, and Ang Chee Peng, 28 - are at large, while Bai Qipei, 24, and Toh Kaida, 28, are presently assisting police in their investigations.
Posted by Richard at 1:13 PM

Not First Police Officer to Plead Guilty to Casino Cheating

In a sad casino cheat case from San Diego, California, a police officer serving the nearby community of Chula Vista has pleaded guilty to capping his blackjack bets at the Syvuan Casino located outside of San Diego.

Thirty-year-old cop Jesus Angel Salazar copped out to a misdemeanor and will receive only probation, which seems fair in the case as not much money, mainly red $5 gaming chips, was involved. He also pled guilty to driving under the influence, which may have helped him avoid jail time for the casino cheating charge.

My take: I am always saddened to hear about police officers getting involved in cheating casinos. In most cases, it comes with the pressure of the job and related marital problems, and often stems directly from drinking problems. I am glad to see that the courts took it easy on this guy, and hopefully he can continue on serving his community as a law enforcement officer.
Posted by Richard at 2:15 PM